I finished this on Christmas Eve and forgot to take pictures (and was then away until last night,) but hey. Works as a good Last Post Of The Decade, no? Pattern is, once again, by Vivian Russo/Philae Artes and is, once again, a take on The Child/Baby Yoda. This one’s significantly bigger than the ornaments and available for snuggling or putting out and staging something. (He’s not quite posable, with his little arms going under the collar and also being quite small, but then we are talking about a cute and tiny baby.) The pattern is really simple and easy-to-follow, which is always ideal for things like this. As a side note, I tweeted some pictures of the Pokeballs to Junichi Masuda on a lark (since he retweets a lot of fanart,) and…

Yeah, this is the definition of ‘Senpai Noticed Me’, isn’t it. I am still pleasantly baffled, since I had realized after making the tweet that he was probably asleep for the night and didn’t expect him to see it waking up. (Gotta imagine there’s quite a few notifications on that account.) So, that’s 2019 around here! While some good stuff definitely happened, I will nonetheless be glad to see the end of it.

Yeah, it’s been a year. It’s been a WEEKEND. And so I’ve been stress-crocheting for the last couple days and, given this was already a quick project, we have a new Christmas ornament. Pattern is PhilaeArts’ The Child Keychain, also available on Ravelry. 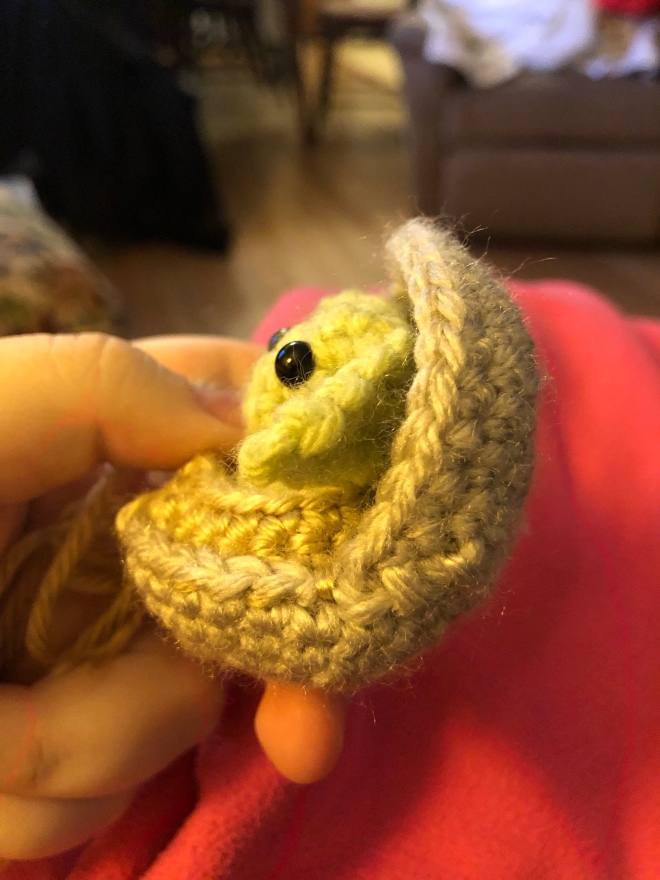 Pictured here with MRK herself at the Hugo’s, And here with her new spacecraft. I am so pleased she is happy with it. 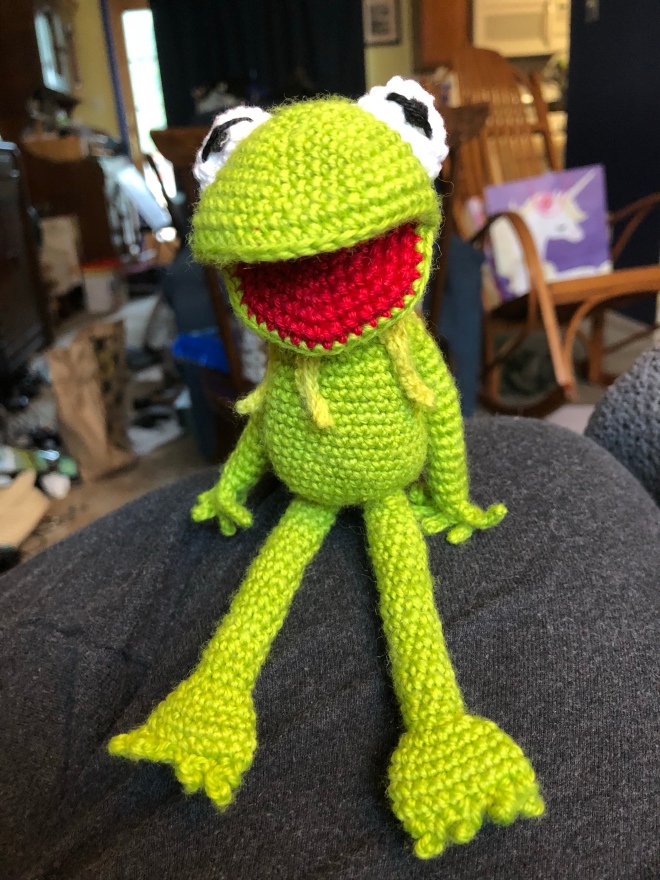 As may have been guessable from my last post, latest project here is Kermit the Frog, who is near and dear to my heart. END_OF_DOCUMENT_TOKEN_TO_BE_REPLACED 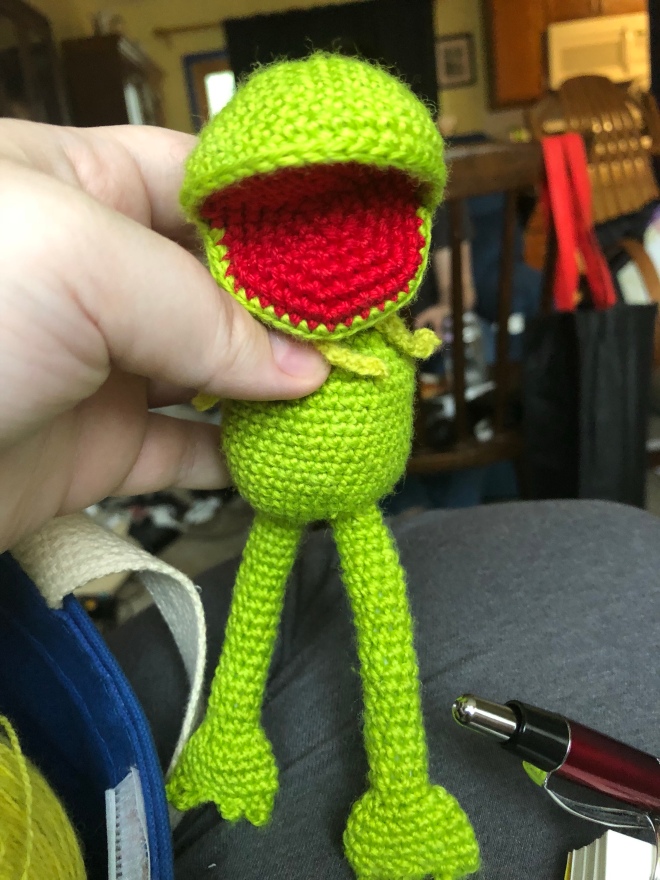 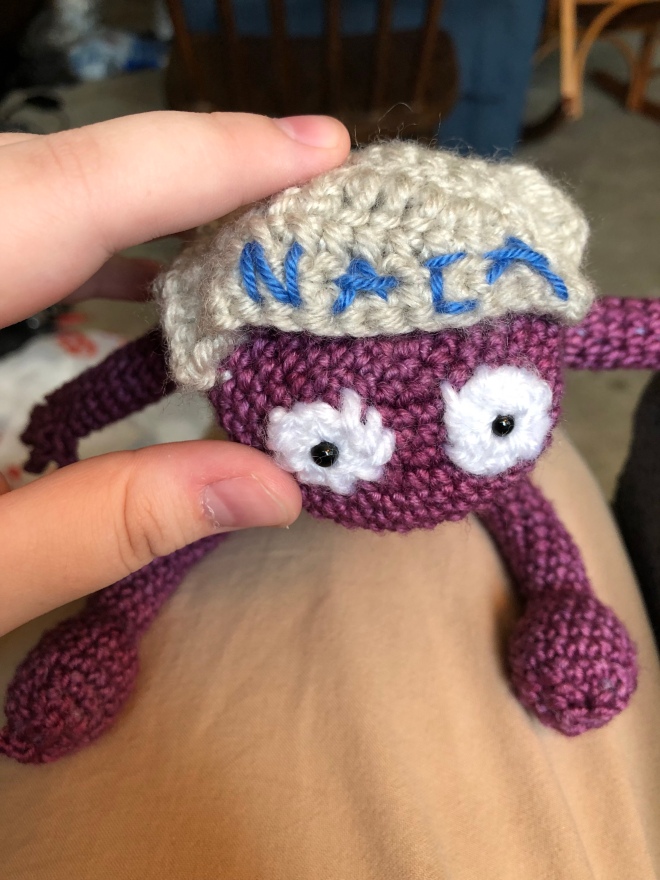 END_OF_DOCUMENT_TOKEN_TO_BE_REPLACED

The Rainbow Connection: Muppets, Jim Henson, and the Uncanny Valley